Whale & Dolphin Excursions with Transfer from the North 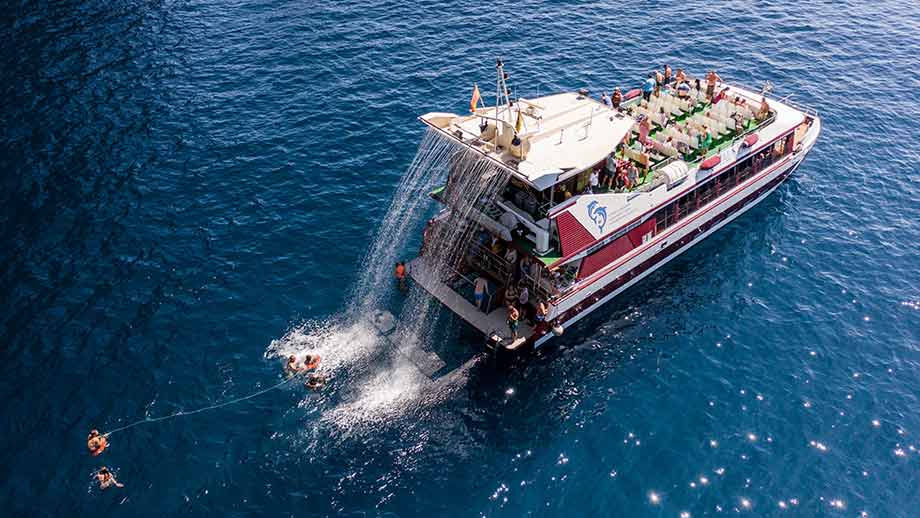 Puerto de la Cruz is a place where tourism began in the Canary Islands. In 1886, this small port in La Orotava valley, our first sanatorium of the archipelago was established. Built to welcome sick tourists. It was also Spain’s first tourist center in Europe. In the 1950s, the famous music group The Beetles spent a holiday here in Tenerife before their big boom.

The following Whale and dolphin watching boat excursions companies offer pick-up and transfer services. They will bring you from your hotel and back from the port of departure. A reminder that all located ports are located in the south of the island of Tenerife. No boats are currently sailing from the northern part of Tenerife.

The Beginning of Tourism

This city is presented in the history of tourism with a specific reality. The export economy established by European colonizers after the conquest in the 15th century generated large commercial and traveler movements for decades. First foreign visitors were quickly attracted by the beneficial climatic qualities of La Orotava valley. Thus, prior to our current model of mass tourism, there was in Puerto de la Cruz tourism of privileged minorities, of elites who are interested in weather, botany, and tranquility of this site. The Canary Islands are not too far from Europe. And travel for health reasons is one of our first engines that started this tourist factory.

At the end of the 18th and early 19th centuries, the environmental factor in choosing this city as a tourist destination is the pole of attraction of numerous researchers and exclusive groups of the European upper class. At this stage, the city became a first-rate cultural center. It housed many illustrious travelers and writers. Including William Wilde, Alexander von Humboldt or Sabin Berthelot. Mute witnesses of this time are the  Sitio Litre Garden, the oldest in Tenerife with more than 220 years. As well as the La Orotava Acclimatization Garden founded at the end of the 18th century. Being by then the only garden of these characteristics existing in Spain together with the Royal Botanical Garden of Madrid.

This iconic place has earned a name at that time among the illustrious of the European international framework. Later, with the arrival of the modern tourism model, accessible tourist leisure, will make it have an advantageous position compared to other locations.