With a view to protecting and conserving cetaceans and the marine environment, we suggest the following responsible whale watching best practises:

The Canary Islands contribute a total of 177 Special Areas of Conservation (ZEC Zones), 24 of them are marine areas. The aim of 12 of them includes protecting the habitat of the marine mammals: Bottlenose Dolphin (Tursiops truncatus) and the Short Finned Pilot Whale (Globicephala macrorhynchus).

On the island of Tenerife there are several companies dedicated to sustainable and responsible whale watching. All of its vessels depart mainly from the 5 existing ports in the southwest of the island: Los Cristianos, Puerto Colón, Las Galletas, Playa San Juan and Los Gigantes. We hope you will find an option that fits what you want, both in price and time, with the boats that we offer here on this website.

Tropical Pilot Whale belonging to the Delphinidae family. This toothed cetacean (Odontoceti) owes its classification as a whale to its size, it can grow to well over 5 metres long and weigh between 900 and 1,800 kg . This is the easiest species to come across on a whale watching excursion in Tenerife.

Most well-known species of dolphin and can easily be spotted just off the coast of Tenerife. With an average length is 2.7 metres for males and 2.5 metres for females, with oldest individuals measuring over 3 metres. They live in groups of between 10 and 30 members known as pods. Their backs are a dark grey colour which grows gradually lighter towards the belly.

This species can be identified by the spots that cover most of their skin once they reach adulthood. They form large pods and are very active. Most oftenly spotted between autumn and late spring. Weighing between 60-80kg and reach lengths of up to 2.3 metres.

Ridges and wrinkles on their teeth and their long heads are the most significant features of this species. Darker than bottlenose dolphins and have light spots on their skin. They group together in pods of 6 to 10 members. Weighing up to 150kg and reach up to 2.7 metres in length.

Similar in appearance to the sei whale, though the Bryde’s whale is smaller and more robust, featuring a characteristic that is unique to this family: three ridges on the top of its head as opposed to one central ridge. Male specimens can reach up to 13.7 metres, while females can measure 14.5 metres and can reach up to 15 metres. Their backs are a dark bluish-grey to metallic grey colour, with slightly lighter sides and an even lighter throat and belly.

Bluish colour and stripes that run from its eyes almost down to its tail, this dolphin is very easy to identify. They often steer clear of boats but they are fast swimmers and you might glimpse them jumping out of the water. Their usual weight can reach between 100-130 kg, and measure 2.7 metres in length.

Morphologically, this mammal is very similar to the pilot whale but its skin is grey in colour, or even closer to white in some adult specimens, which contrasts with the dark colour of its dorsal fin. Risso’s Dolphin can weigh between 300 to 600kg.

Largest of the Odontoceti family and is as big as most whales. Its most notable features are its huge head, grooved dark skin and small dorsal fin. It can hold its breath for more than an hour under water in order to find food at depths of over 2,000 metres. They are most often seen in spring time. Their weight can reach between 13,500 and 54,000 kg and reach lengths of between 11 and 18 metres.

Common dolphins can be found in most of the world’s oceans. It is easy to identify due to the special yellow markings on its sides. They are most often seen in winter. Weighing between 80-130 kg and reach lengths of up to 2.5 metres.

Slender body and a dorsal fin that can measure up to 30 cm high. Two of its most distinctive features are the bend and elbow-like bulge half way along each of its flippers. The false killer whale is dark grey to black all over. It can grow to up to 6 metres, weigh up to 1,500 kg and live as long as 60 years. They are sociable animals who live in pods of 10 to 50 members.

Top and sides of the body are black or a dark greyish-brown, which fades gradually into white on the belly. Colour of the head, however, is asymmetrical. Right side of its face is light grey with a white jaw, matching the colouring of the throat and belly. Left side of its face is darker, with a dark grey jaw and throat. It also has a series of colour markings across the width of its back, behind its head, the most distinctive being shaped like an upside-down V, which is more visible on the right side.

Similar to the Bryde’s whale but bigger, darker and more slender, and with a single ridge on their head. The proportion of the head is similar to that of the Bryde’s whale, ranging from 1/4 to 1/5 of its total length, but looks narrower from above and has a well-defined ridge. The overall colouring is dark grey or brown, almost black, often resembling galvanised metal, except on the belly, which has a white colouring that varies in size. Male sei whales can measure up to 17.1 metres, while females reach up to 18.6 metres and can weigh as much as 25,000 kg. 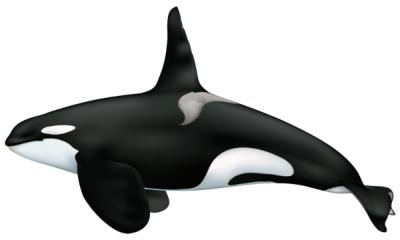 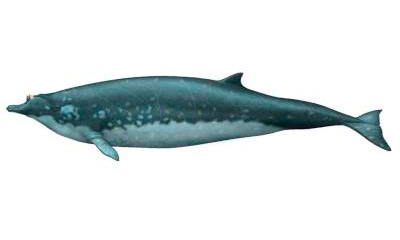 On the short or express excursions the only purpose is to observe these marine mammals in the Teno – Rasca ZEC. These excursions are perfect for those who have limited time on their vacation and want to see whales and dolphins in their natural habitat. Usually these are the best options when traveling with small children.

This option usually includes extra activities apart from responsible whale watching. These types of excursions normally include food onboard and a stop in a bay to make a swimming stop. Some companies provide snorkeling equipment so that one can enjoy swimming and observing the depths and marine nature of the island.

These excursions are usually the most emblematic and memorable. These cruises last 4’5 hours or more. Apart from responsible whale watching, they will include a tour of the coastline through the most emblematic places of the coastal area of the island, such as the majestic cliffs of Los Gigantes and the Bay of Masca. Swimming and complimentary lunch stop included to top of the day. These cruises are ideal to spend the day out at sea.

Private charters on yachts and sailboats are also available to make your holiday even more memorable. For this type of excursion please contact us by email for more information on packages and availabilities.

We must remember that being wild animals the behavior of these cetaceans is not entirely predictable, which makes each responsible whale watching excursion a unique and different experience. The behavior of these marine mammals depends on many factors, such as:

However, they are very active animals that can be observed in full action like hunting for their prey, playing, jumping or even taking a nap.

Remind our customers that it is a responsible whale watching excursion out at sea. There is the possibility of sea sickness.